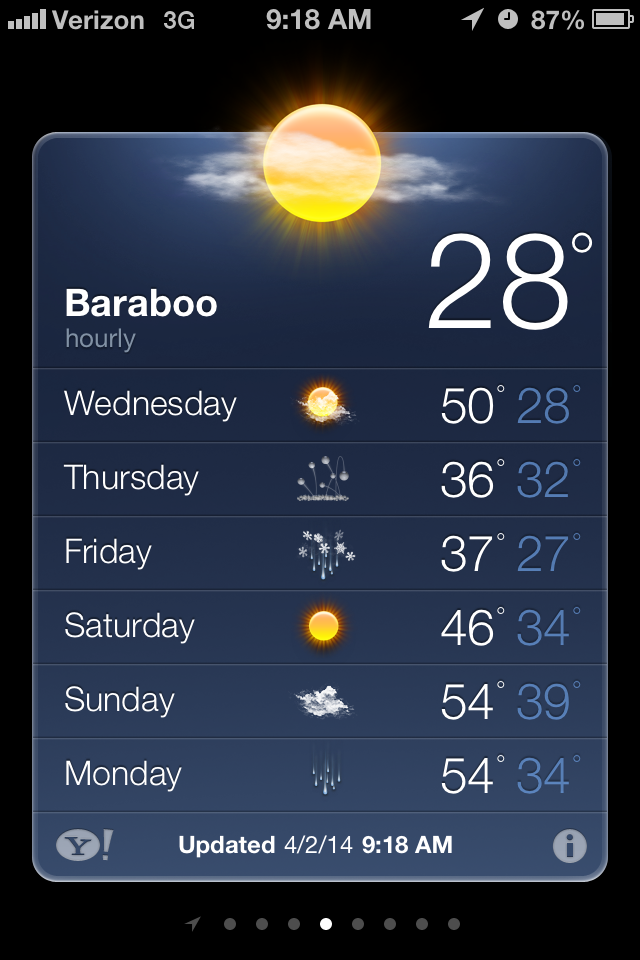 Can you beat this weather for April 2nd?

Of course I had to get out for a Wednesday night bouldering session with sunny 50's called for. I split from work shortly after 4pm and headed for the park. For some reason the CCC trail had a slightly malevolent feel to it. Maybe it was the lack of snow, or the huge tree that had fallen across the base of the trail since Saturday; regardless of the cause it had an odd feeling to it.

At the top of the trail I headed straight to Anarchist Crack (V1) for a quick warm-up. It is an easy route, but it got the blood moving before I headed over to my main goal for the night The Little Flatiron (V4). The sun was out and the rock was warm. After a few goes I started to feel , so I took the opportunity to rest and shed some layers. The first shirtless goes of the year ensued. I have internally debated posting this pic, because, well, even after a long summer outside I peak at a color that might only be described as "pasty-white" - it has been a long winter, so here it is in black and white. 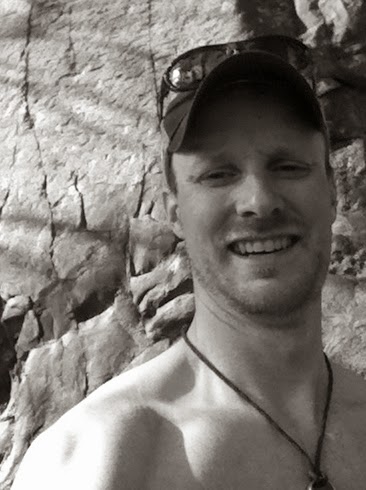 Something about the first shirtless climbing day of the year puts a smile on my face.

It was not long before the late-afternoon sun snuck behind a cloud and the shirt came back on. I persisted for a while longer, but ended up mildly shredding a tip, and calling it a night without sending The Little Flatiron. I have a feeling this route is going to be a challenge that persists for a few months this summer. 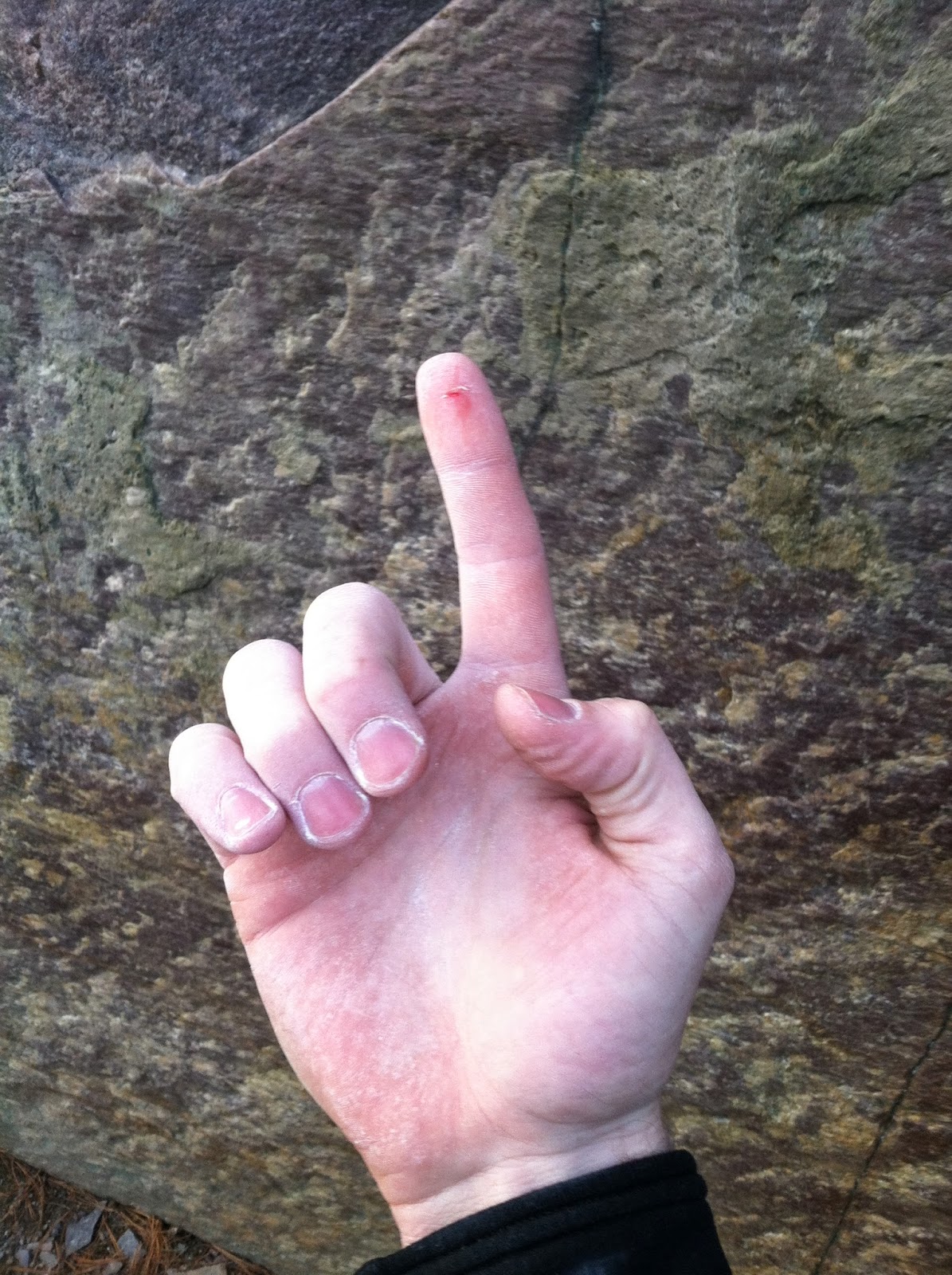